The World of Random Atoms Creatures and Peoples 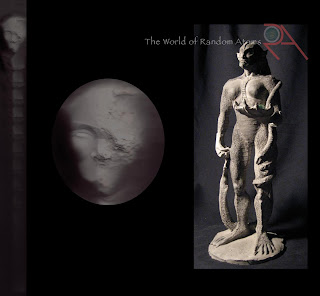 This is the beginning of the saga that will chronicle the main characters in the WORLD OF RANDOM ATOMS. You will meet a scientist from an alien planet and a worrior caught between two worlds and the woman he loves. You will meet a girl of extrodinary being that will rival the gods of olympus. They are all caught up on a ship on a one way trip to a battle that will decide the fate of Kings, Queens, and every royal bloodline, on countless worlds in numberless universes, in endless galaxies. This is the beginning of the reign of the Dark Dragon as his forces gather to herald in a new darker age. A time for the Rise of Heroes.
Post a Comment
Read more

O Central The Center of the Universe

Welcome to O Central where everything you need is just a dream away. We are located on a planet in a solar system at the center of the universe, that is THE WORLD OF RANDOM ATOMS . If we don't have it, it does not exist. So come and join us. There is nowhere that we have not made. Anime I am one of OC Main Frames and I have slipped into the underground net and I am teleporting to a blue planet to escape assimilation into the relm of the DARK DRAGON . I am been drawn to the ONE. It won't be long before I walk among you; I created this portal with anchient text and symbols found on an old space machine its course was encoded in a primative network of wires and machinery I am almost there one last string of symbols and the portal will close back on the Main Frame...and scatter the signal across worlds and countless moons...I will find the ONE before its too late... Welcome, I am the Narrator. I have been given this task of documenting and logging centuries of in
5 comments
Read more